Art show: CT photographer returns from Cuba with colorful images of the island 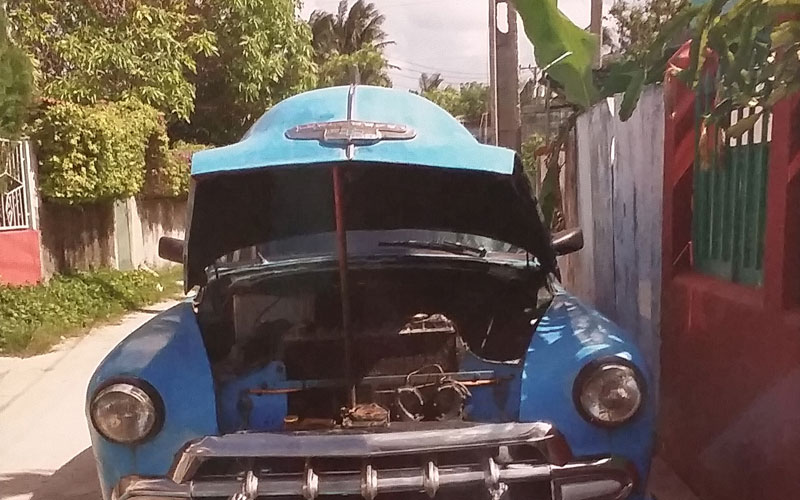 Joyce Pellegrino took numerous evocative photos of Cuba during a 2017 trip. Many of them are now on view at the Framemakers art gallery in Black Rock.

An art exhibit opens Saturday that features photos taken by Joyce Pellegrino, who traveled to Cuba in 2017.

This is Ms. Pellegrino's debut show, which is inaugurated with a free public reception Saturday, March 9 at Framemakers Gallery, 3004 Fairfield Ave., Bridgeport, from 2 to 4 p.m.

Ms. Pellegrino never imagined her photography would ever be featured in a solo art exhibit, but here it is. She was encouraged by her friend and colleague, Mary Gibbs, whose paper-and-acrylic works were featured at Framemakers during Black History Month. 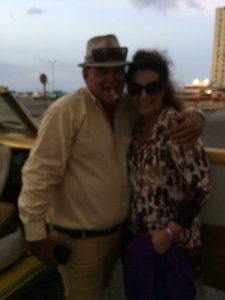 Photographer Joyce Pellegrino poses for a photo with a man who was her driver in Cuba, while a parade of Detroit convertibles passes by.

Originally from the New Haven area, Ms. Pellegrino lives in Branford. She attended Sacred Heart Academy and the University of Saint Joseph; and acquired a masters and advanced degrees in counseling and rehabilitation from Springfield College in Massachusetts. She works for the state of Connecticut's judicial branch, but photography became an avocational pursuit in recent years.

"I believe my interest in photography began when I was able to start traveling," says Ms. Pellegrino. "I viewed it necessary to capture the uniqueness of what I was seeing and (at the same time) feeling."

"And it was coupled with the sense of passion and appreciation to be there in that moment," Ms. Pellegrino continues, adding that she is drawn to "people's expressions and their immediate surroundings, so that remains the substantial influence for my photographs."

For arranging the trip to Cuba, she credits her friend, Donna, who owns Hamden Travel and planned the "incredible trip itinerary for a (manageable) group of enthusiastic travelers."

Some of her photographs are of Cuban art, not scenery. A series of smaller-format panels depict details from vibrant murals at the Habana Compas Dance Company studio. 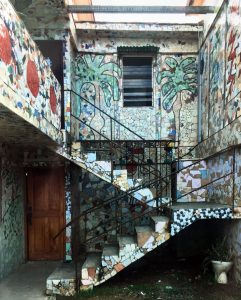 Murals and mosaics by Jose Fuster are why he's called the "Picasso of Cuba."

She also captures the vivid mural work from "the Picasso of Cuba," Jose Fuster, who works mainly in tile. His palador (restaurant), home, workshop and gallery, roofs, doors, walls and benches stretch for blocks, filled with brightly colored sculptures and mosaics, she says.

What Pellegrino wants visitors to walk away with (aside from some of her art) is the idea of Cuban ingenuity.

One photo underscores that point. Unable to buy conventional fixtures, the owner of a bathroom turned a gas-station pump into a water faucet. For a vanity, the sink's basin is a metal bowl strapped to a tire.

"I was so awestruck with how resourceful the people were, in so many ways," she says.

Here is her show statement:

Ah, Havana and the people of Cuba — purposeful and lovely albeit with a sense of pride and discretion for their government and their country.

I sensed the Cubans as a most vital population — more muted than not in their history; but nevertheless triumphant in  music, the arts and their spirit of life. They acknowledge life with notable direction and spirit. Indeed, an interesting blend against a background mostly void of luxury and riches.

My visit is to be forever remembered ... and respected.

The show is on view through March. Visit Framemakers' Facebook page for more information on the gallery. 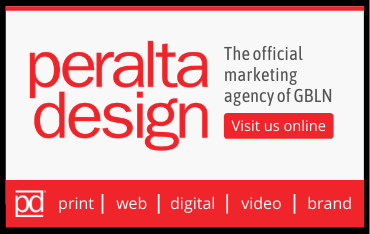